If you sustained a burn injury in an electrical incident someone else caused, contact Sampson Law Firm immediately. You might be entitled to compensation for your prescriptions, hospitalization, surgery, and other medical expenses.

A person who comes in contact with an electrical source, such as lightning or a household current, can get an electrical burn. The current can damage the skin and travel throughout the body, affecting nerves, muscles, and blood vessels. It’s a serious injury that requires immediate medical attention.

Sampson Law Firm has represented injured clients for over 20 years. We can help you hold the at-fault party liable for their actions. Call our experienced Louisville burn injury lawyers at (502) 584-5050 for your free consultation to learn more. 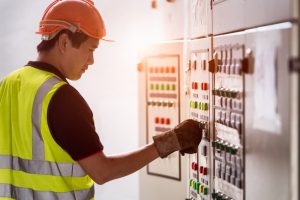 A range of factors can lead to accidents involving electrical currents, such as:

An electrical burn occurs when a part of the body touches an electrical source. The electricity damages the skin’s surface at the injury site and can cause pigmentation changes and blistering. An electrical burn can lead to internal injuries as the current travels through the body.

There are multiple types of electrical burns, such as: 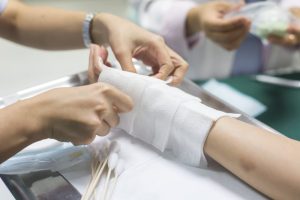 Common Symptoms of an Electrical Burn

Even a minor electrical burn can cause internal damage you might not notice unless you see a doctor. You should seek immediate treatment if you notice any symptoms of an electrical burn, such as:

Your symptoms will depend on the severity of the electrical shock and other factors. Voltage is a significant factor contributing to an electrical burn injury. A higher voltage carries higher power. It will likely cause more damage and might lead to death. 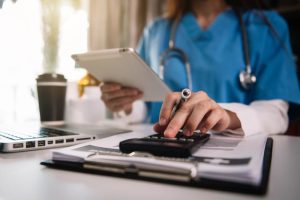 Whether you file an insurance claim or lawsuit, the compensation you receive might cover your:

Punitive damages are also recoverable when you file a lawsuit. To be granted this award, you must show clear and convincing evidence of the defendant’s malice, fraud, or oppression.

The personal representative of the deceased’s estate could file a wrongful death lawsuit if your loved one died in an electrical incident. The financial award compensates the estate and surviving family members, such as a spouse, child, or parent.

Statute of Limitations for Electrical Burns

In Kentucky, the statute of limitations for personal injury cases allows a one-year timeframe to file a lawsuit. That means you have one year from the date of the electrical incident to file your lawsuit against the at-fault party.

Electrical burns are painful and challenging to treat, especially if the damage extends below the skin. The injury might leave physical scars and cause severe psychological trauma. You deserve a chance to pursue compensation and hold the at-fault party accountable.

Sampson Law Firm will protect your rights and fight by your side for justice. Call us at (502) 584-5050 for a free consultation if you sustained a burn injury in an electrical incident due to someone else’s negligence.

Questions? Contact us today to start your free evaluation.